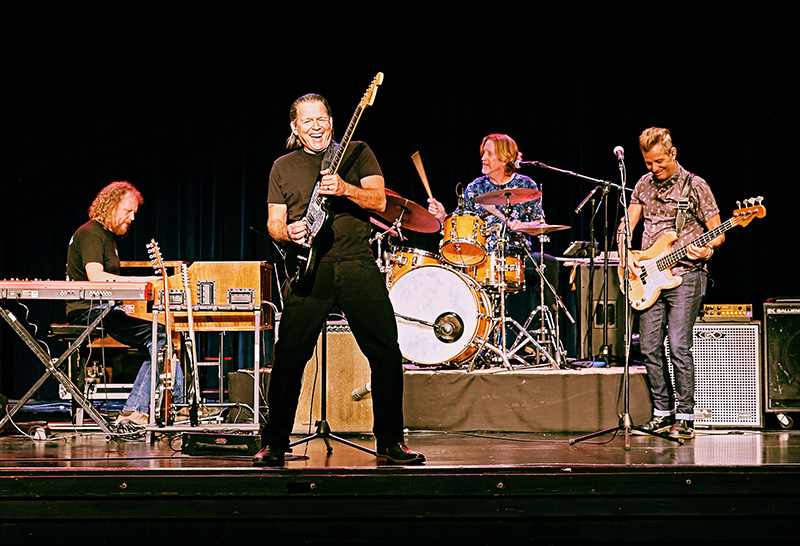 Whether he’s squeezing out the deepest blues or playing the funkiest soul grooves, legendary blues and soul giant Tommy Castro knows how to ignite a crowd. Over the course of his still-unfolding career, the guitarist, vocalist and songwriter has released 15 albums ranging from horn-fueled soul and R&B to piping hot blues to fiery rock ‘n’ roll. He’s performed all over the world, earning countless fans with his legendary, sweat-drenched, exhilarating live shows.

Castro’s band, The Painkillers—bassist Randy McDonald, drummer Bowen Brown and keyboardist Michael Emerson—have now been playing together over four years. After hundreds of live shows, they have coalesced into one of the telepathically tightest units Castro has ever assembled, making them one of the most in-demand live roots music acts performing today. Billboard says the band plays “irresistible contemporary blues-rock” with “street-level grit and soul.”

For Castro’s new album, a roots music odyssey entitled – Tommy Castro Presents A Bluesman Came To Town, he tells a timeless story. This special project was composed by Castro along with Grammy Award- winning producer Tom Hambridge. Through its 13 songs, A Bluesman Came To Town tells the tale of a young man working on his family farm who gets bitten by the blues bug. He masters the guitar and heads out on the road seeking fame and fortune, only to find what he’s left behind is the treasure he’s been looking for. Each memorable song—from the blistering title track to the pleading Child Don’t Go to the hopeful I Caught A Break to the emotional Blues Prisoner—stands on its own, as well as contributing to the larger story.

“I like to keep things fresh and interesting,” says Castro, “Tom and I have talked about making a record together for a long time. Collaborating with him was even better than I imagined. I had an outline for the story and then Tom and I talked it out and the songs just started to organically grow out of each other.” Castro continues, “A Bluesman Came To Town isn’t a story about me. It’s pulled from some of my friends’ and my experiences though. I’ve seen first-hand for a lot of years what it’s like out there on the road.”

Upon release of A Bluesman Came To Town, Castro will hit the road with The Painkillers, performing fan favorites as well as songs from the new album. “I’ve made seven albums for Alligator,” Castro says, “and I’ve never made the same record twice. I will always try to be my most authentic self. I give it all I’ve got every time we hit the stage!” 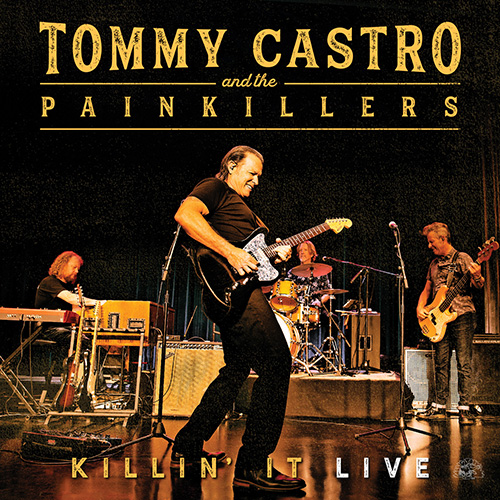 Tommy Castro & The Painkillers
Killin’ It–Live
Get this album at World Records!

With the group seemingly hitting new heights with every performance, Castro knew the time was right to answer his fans’ demands for a live album. Killin’ It–Live captures the band at the peak of their creative and improvisational powers, and features one unforgettable, unpredictable performance after another.

“This is the best band we’ve ever had,” says Castro. We really got something going on beyond just being good musicians. Every song we play live now has that right feel—all the dynamics. It allows us to jam out more on stage. Killin’ It–Live is what you hear when you see us live.”

Featuring songs from throughout Castro’s career, Killin’ It–Live was produced by Castro and engineer/songwriter Ron Alan Cohen and recorded at venues in Texas, New York, Michigan and California during 2018. The album includes eight Castro originals spanning his entire career and two Castro-ized covers, each showing a slightly different side of his multifaceted musical personality. From fan favorites She Wanted To Give It To Me and Make It Back To Memphis to newer classics like Lose Lose and Two Hearts to Taj Mahal’s arrangement of Sleepy John Estes’ Leaving Trunk (a song Castro has never recorded before but has been playing live for years), Killin’ It–Live is a nonstop, spirited mix of blues, rock and soul, with rollicking, hypnotic grooves fueled by Castro’s animated, fervent vocals. 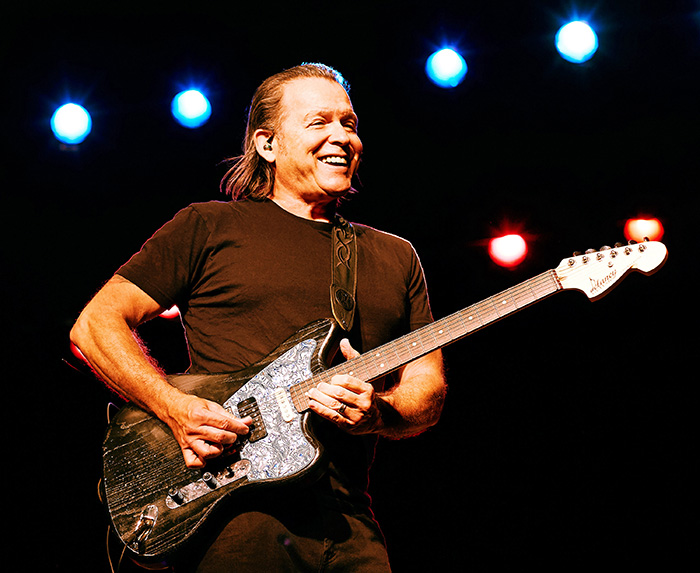 Buy your tickets at World Records
during business hours:
Wednesday – Friday 11 AM to 5 PM
Saturday 10 AM to 2 PM